I finished the resilience training and the delegate came over to talk to me. They admitted that they had been resistant to attending the course assuming that it would all be platitudes and not relevant to them. As we dug deeper it seemed that because I had disclosed a mental health condition that made me more acceptable to them as I “got it” and so they were willing to listen.

I was reminded of this exchange yesterday when I was involved in two very different experiences in the world of Mental Health (MH) advocacy. First off was the furore surrounding the new Samaritans radar app. Now honestly I don’t wish to get in to a debate around the efficacy or design of the app. Let’s just say I have my reservations about an app which reports my troubles to a possibly unconnected 3rd party about who I have no idea. I watched the MH community erupt with a list of valid and important concerns. Feeling I needed time to reflect I didn’t contribute to the conversation at that time.

Later on I attended an event organised by Action for Happiness. The guest speakers were Richard Layard and David Clark, both acknowledged experts in the field of “happiness” and the provision of MH care. Layard is an economist and Clark a psychologist. (Which is to rather understate their relevant qualifications). Suffice to say that both have made a clear and recognisable contribution to government policy and provision in this field. They both spoke well with much to provoke thought and debate. Then came questions. In general the discourse was well conducted and useful (a few excursions in to climate change and neoliberalism aside). I certainly took away fresh knowledge and information I can use in my MH First Aid training delivery.

On boarding the train I decided to open up twitter and see where the Samaritans radar app conversation had got to. What was emerging was a received wisdom that the app was evil, dangerous and that Samaritans could not possibly have spoken to people who understand such matters – be they technological, medical or social. (Let’s call them group A). However I also noted that there were voices who wanted to see where the app went, who could see a broad value in the idea even if the details needed ironing out. There were fewer of these voices but I noted that some of the charities were keeping an open mind about it. (Let’s call these group B).

However I saw those open to a broader debate were being drowned out. Fair enough you might say, a majority verdict. Sadly though when I looked deeper I saw something altogether more sinister. I saw some of group A suggesting that group B obviously didn’t “get it” and that perhaps if Group B had more followers they would better understand the “real” risks. I saw Group A people talk disparagingly about “normals” who have no idea what it is like for “mentals” and so should just stay out of the debate. So much for parity of esteem and that’s just within the MH community!

My advocacy work centres around getting “normals” (or as I like to call them, “people”) to understand my challenges, the struggles that many “mentals” (or as I also like to call them, “people”) like me face on a daily basis. It doesn’t lead with the message “sod off and leave me alone because you couldn’t possibly understand just how crap my life is”. It took me 20 years to speak openly about my difficulties and a good part of that courage was about beginning to talk to people who I thought wouldn’t understand or care about me if they knew the truth. Did those people get it wrong? Yes. Were they clumsy and awkward? Yes. Did most of them at least try to understand and / or help? Yes.

Which is better than no one helping me. 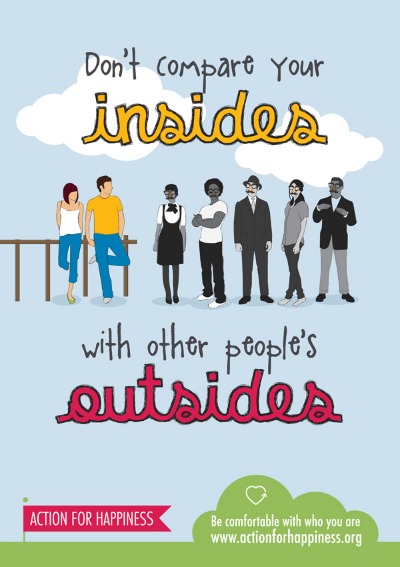 Please don’t misunderstand me. This is not a post about the radar app. It’s not a post about the event I went to. This is a post asking for increased understanding – because you know what? There actually aren’t two sides to this. There are those directly affected by MH challenges and those who have yet to be affected. It may not be them who is affected, it may be a friend, a colleague or a relative but none of us will make it through our lives without coming across someone fighting these battles. How we approach these conversations is crucial to this.

Oh and that person I mentioned at the top of this post? I went on to coach them. In time they decided that why they had listened to me was because I obviously seemed to care about my subject matter and the people in the room. That was the difference – not my diagnosis.